IS YOUR CELL PHONE CONTROLLING YOUR MIND? 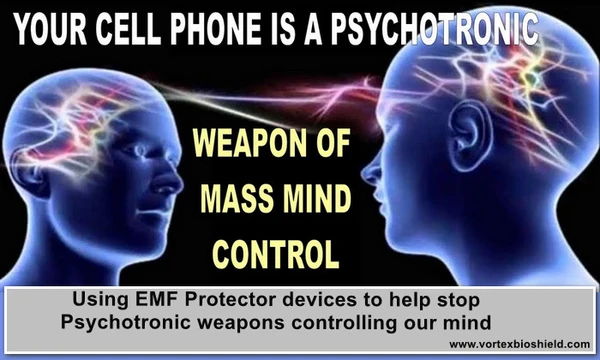 Research carried out into the effects of cell phone radiation has led Walking Times author Peter A. Kirby to suggest class them as ‘psychotropic weapons’ as they can control our minds. He believes that smart phones are destructing our brains due to the electromagnetic pollution they emit. If we think about the number of places where we can sign in to WiFi, the number of cell towers that surround our houses, and the sheer amount of technology in the workplace, Kirby is right to be fearful.

There are, of course, electromagnetic fields that are naturally present in the environment but it is the artificial ones that cause concern. Kirkby says “A preponderance of the best evidence suggests that they cause cancer. If this wasn’t bad enough for city dwellers, electromagnetic energy can also be weaponized and may be used against us routinely.” The word ‘weaponized’ stems from deceptive ways that mind control weapons are forced upon communities. Chemtrails are one of the most concerning aspects of government mind control and much research is being carried out around the world as to what citizens are unwittingly being exposed to.

Low electromagnetic energy can mirror the natural signals that the brain receives, which means that many people are not aware of the negative effects of radiation and are therefore not using cell phone radiation protection devices. The changes that we see in the brain are gradual and will not necessarily be detected until it is too late, according to Kirby.

To stop the brain from being targeted by these man-made electromagnetic waves, Vortex BioShield® have a range of cell phone radiation protection and laptop radiation protection devices available. Devices are easy to use, look attractive, and are very cost-effective so you do not need to worry about spending lots of money on expensive gadgets.

By using EMF protector devices to help stop psychotropic weapons controlling our mind, will give you the peace of mind that you will have the freedom to go about your day without the risk of serious harm.