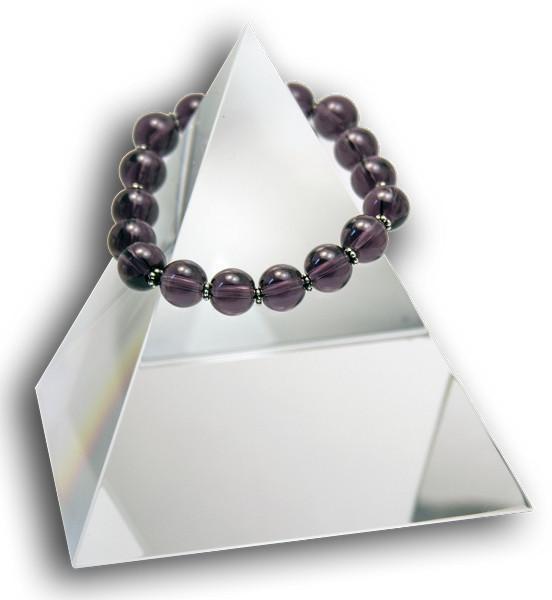 FROM: 2012 TRANSVIBER® IS AN ADVANCED ORGONITE TECHNOLOGY:

Our product is an advanced orgonite we call it Transviber®. Common orgonite uses different materials and different crystals that carry a wide spectrum of frequencies useful not so useful from the impurities from the mix, which reduces efficiency. Regular orgonite is wonderful for spaces, however, it is bulky and too big to use on the cell phones.

Our first protectors were solely orgonite. The drawback was that we had to test every crystal batch to make sure that mix delivers necessary EMF protection. The results are not consistent.

After few months of testing, it was clear that we need to develop a way to maximize the efficiency and minimize the size for Cell Phone EMF protectors.

After many tests and trials, we developed a new, different approach that avoids background frequencies from impurities and their unwanted effect. Our new crystals carry only ant radiation frequencies and are over 100% efficient for protectingfrom EMF radiation.

In the smaller products, we use the microcrystals to maximize the efficiency.

In our Silver jewelry line beside the crystals, we use resonators or harmonic oscillators, which creates a harmonic standing wave. The results show that this combination creates a desired positive effect of reducing EMF stress using sympathetic phenomenon.

Our products are very efficient in protecting safe energetic space for the user. The simple stickers reduce the radiation only in the area they cover, so when they claim 96 % reduction it is only applied to the sticker surface only. Simply because the EMF is not a vector the effectiveness of the thin sticker, which is based on solely material resistance, desires more honesty and competitive testing.

Please note that results vary based on age, health condition, and EMF exposure.

See test and result pageSome products carry more crystals than others based on the designated use: for instance the cell phone EMF radiation protectors carry less than ones for tablets or laptops, however, the cell phone protectors have a direct contact with users hand, whereas the ones for the laptop do not have a direct contact – they work by being in the energy field. Our product made in the USA.

There are two main ways radiation can damage DNA inside living cells. Radiation can strike the DNA molecule directly, ionizing and damage it. Alternately, radiation can ionize water molecules, producing free radicals that react with and damage DNA molecules. See below.?On this penetration chart, you can observe how the same phone has different penetration levels when used by a person of different age. The cell phone puts out the same Electromagnetic Field it is different because of the size of the head and thickness of the skull bone. And it varies from about 23% to 75% approximately.

When displaying the efficiency of the EMF radiation protectors different techniques are used:
Kinesiology – most popular and widely used is a reflexology test (based on natural body reflexes – in essence, it’s an old method to interpret positive or negative body reaction observing muscle response to determine if it is good for one if it makes your muscles stronger it is good for you.) – is a very good tool for people who have used the technique for some time with clear understanding and an ability for interpretation of muscle response, it is subjective and can be misleading for persons never used the technique – as a result, it could be inconclusive and be misleading for people not familiar with this technique. That is why we do not use this technique as a proof, however, when used it will prove positive.

The other technique employs electromagnetic field meter, Gauss Meter a device that measures electromagnetic field intensity put out by the cell phone or other Wi-Fi devices. Whatever inconsistency in reading the tip of the Gauss Meter reads is irrelevant to the human body reaction; it is just a measure or magnetic disturbance caused by any object just because of physical presence. It will be ridiculous to use this experiment as evidence to prove that it reduces its effect on the human body because both human body and a cell phone have a 3D energy field around them and when artificial Wi-Fi EMF field interferes/ intrudes the human bioenergetic field –Aura it causes stress as a result of this interference. When attacked by the Electro Magnetic Field (EMF) human body trying to compensate for the offense because the artificial electromagnetic field interferes with the person’s natural biofield causing stress to body systems and poor performance by stressing every cell, organ, system… the effect is accumulative and irreversible. In Difference to this, we use a biofeedback technology to read a real reaction of the body (see below). 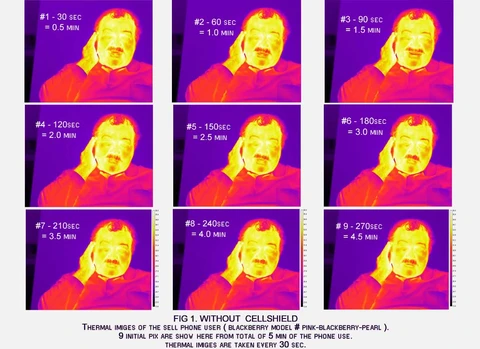 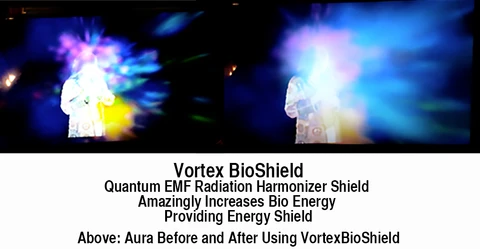 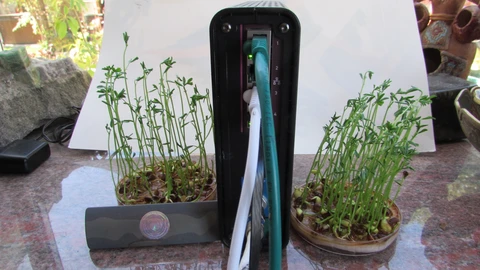 We use tests reaction from actual cell phone users and their reactions, which includes an FDA approved diagnostic tools to measure the body stress levels or the difference in human stress levels such as biofeedback machine. We use these techniques because and they show direct results – and all these tests show a positive effect when using our products – up to 99% of stress reduction of the stress caused by Wi-Fi Devices. Please see test and result page Here are different test methods used:

Very important to know that all this tests can be recreated by anybody who has biofeedback machine, infrared camera, Kirlian camera or a pendulum. Please take our products to your friends that have any stress testing equipment and ask them to test our devises and you will see the difference.

Overall EMF Radiation effects can be compared to the effects that of alcohol. Just like in alcohol, the negative effect depends on how often one uses it. age, weight and health condition.